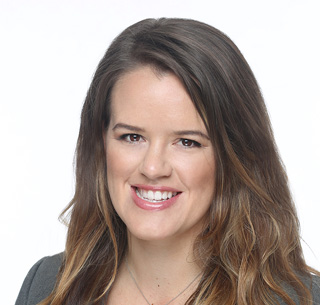 Jordan is Partner at Bickel Sannipoli APC. Jordan has litigated countless lemon law cases for the firm in state, federal and appellate courts across California. The great majority of Jordan’s cases have settled for a statutory repurchase.

Although the majority of Jordan’s cases have settled without the need for a trial, Jordan has also tried several cases to verdict, perhaps most notably, the 2016 trial of Krause v. Mercedes-Benz USA, LLC in Ventura County Superior Court. The Krauses had returned their 2012 Mercedes-Benz GLK to the dealership four times for inappropriate activation of the emergency brake engagement warning. Mercedes refused to settle the case and forced the matter to a jury trial. Mercedes flew a team of trial attorneys down from Northern California, with 30 year trial veteran, Jon D. Universal of Universal & Shannon LLP, leading the defense.

In trial, Mercedes’ expert witness testified the warning activation was due to user error and insisted the car was not defective. Jordan argued the Krauses had used the vehicle appropriately and that the vehicle suffered from a warrantable problem. The jury returned its verdict in the Krauses’ favor. Mercedes appealed. Jordan briefed and argued the appeal before the 2nd District Court of Appeal. The Court affirmed the verdict against Mercedes-Benz which, due to Jordan’s advocacy, secured final and decisive justice for the Krause family.

Jordan realized she wanted to be a trial attorney as a college student after competing on UC Irvine’s nationally ranked Intercollegiate Mock Trial Team. Later, as a law student, she represented clients pro bono as a Certified Legal Intern at the University of San Diego School of Law Legal Clinics. In this position, she assisted parents of children with developmental disabilities to obtain services for their children. Her time at the USD Legal Clinics also included representing a client before the United States Court of Appeals for the Ninth Circuit in his immigration appeal. She successfully assisted her client, who was fearful of torture, from being deported to Guatemala, earning Jordan recognition as the year’s Outstanding Appellate Clinic Intern. Jordan was also honored in law school with Best Oral Argument and Best Memorandum awards.

Throughout law school, Jordan held a variety of legal positions including a judicial extern at the Riverside County Superior Court, research assistant to USD Law corporate and contract law professors, and a law clerk for a civil litigation firm. She also worked as a Teaching Assistant for a 1st year Legal Writing & Research class.

Given her excellent client advocacy, trial record, and experience before the Court of Appeal, Jordan was promoted to a Senior Counsel position at the firm in 2018. Jordan was made Partner in 2021, and The Bickel Law Firm, Inc. became Bickel Sannipoli APC. As Partner, Jordan mentors Bickel Sannipoli’s trial attorneys and manages the firm’s appellate department.

In her spare time, Jordan enjoys spending time with her family, taking walks with her dog Birdie, and cheering on the San Diego Padres.

"BEST Attorney Service I have ever had! Great attention to details and very caring team from beginning to the end. Thank you so much for all your help. Highly Recommend!"
Posted By: Clay Coker